We are having a very good Fall market here in New Canaan, not just in comparison to 2016. This chart makes it apparent that 2014 and 2015 were exceptional years and that 13 sales is more typical.

This chart of cumulative house and condo sales over the last ten years is a more sobering view. 216 single family house sales and 43 condo sales is fairly typical and last year was particularly poor here. 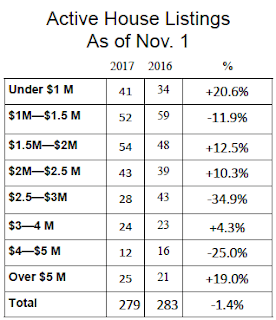 279 Active House listings is too many. This number has doubled from 145 back in 2000 and about 220 in 2013. The number of people in New Canaan has remained unchanged in the last 20 years so why has the number of active listings doubled? A good deal of this has to do with the financial and tax situation in Connecticut. There are many more opportunistic sellers than there were 10 years ago. 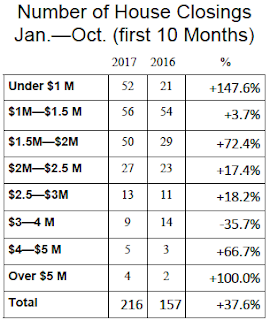 The number that jumps out on this chart is the number of closings under $1 million, up 147% year over year.  There is always a buyer for a relatively inexpensive home in this market, given the high quality schools and low taxes. So why did that number jump this year? One factor could be the relatively low number of inexpensive rentals on the market. When faced with limited options to rent many people opted to purchase instead. A second factor is the increase in inventory. Given the record levels of inventory, and the relative stability of prices and low interest rates, buyers did respond.

There is still 6 years of inventory above $5 million. This has to come back into balance. The number of active listings under $1 million is only 41 which makes it unlikely that we can sustain the current level of sales of 52. In the $1-2 million category we have about 1 year of inventory and that is a balanced market. 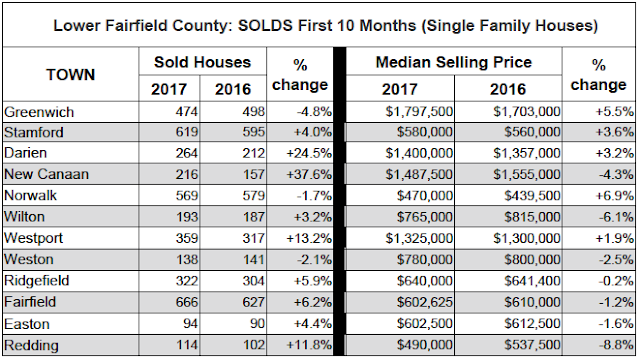 Inventory keeps climbing. While it is true that we’re having a brief respite after hitting new records again in 2016, inventory levels are still much too high and reflect a whole generation of opportunistic sellers. Rather than settle into a home for 20 years people are much more willing to regard their primary home as an investment (and take a profit when it is presented). 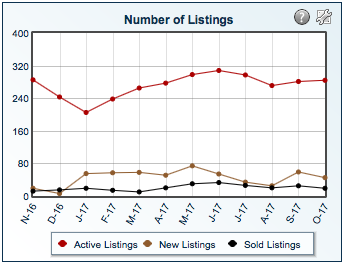 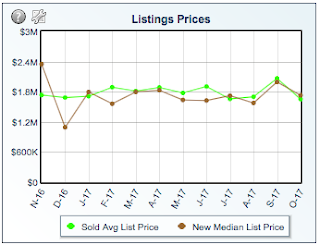 The volatility in the November December months comes from houses coming off of inventory for the Christmas holidays. 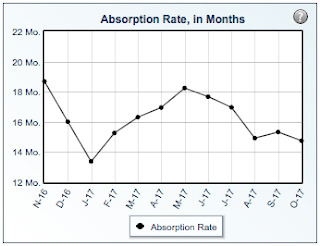 The absorption rate dives between November and January as people take a break from the market and pull their houses off with the expectation of re-listing in February or March. By May everything is back on the market and the number of sales outpaces the addition of new listings. 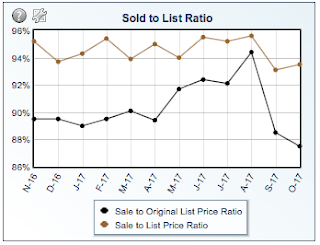 Ninety five percent is typical for the ratio between listing prices and selling prices. We have found that buyers will not typically make credible opening offers below 90% of asking price and prices tend to settle at the mid-point of the bid and the ask, 95%  What is far more instructive is the ratio to original list price which is consistently below 90% for the first time in recent memory. 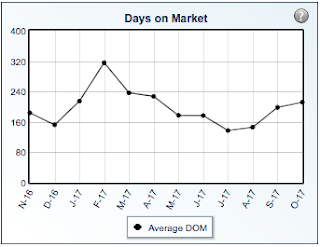 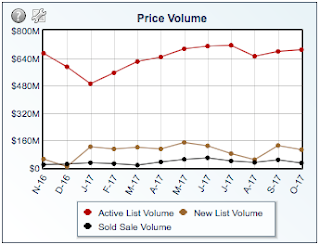 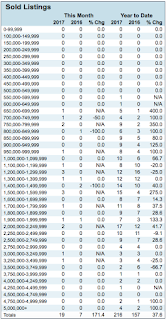 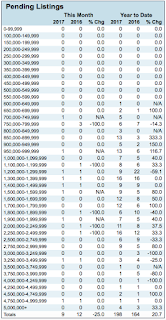 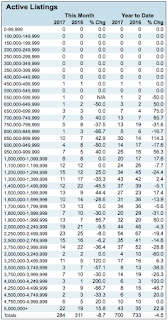 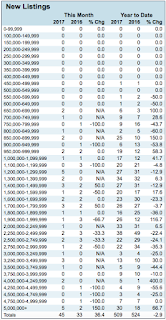