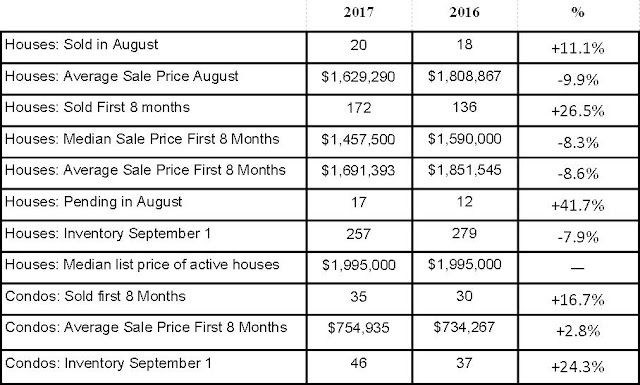 House closings in Lower Fairfield County as a whole, through August, increased 6% year-overyear, while the median sale price ($715,000) rose 5.1%. 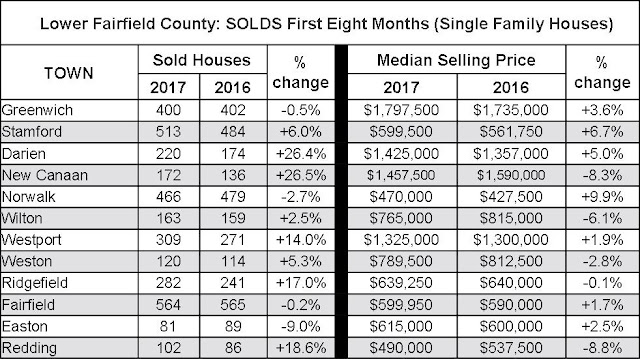 House Pendings: The 17 houses to go under contract in August is a 41.7% increase over August of 2016 and slightly above average for this time of year. 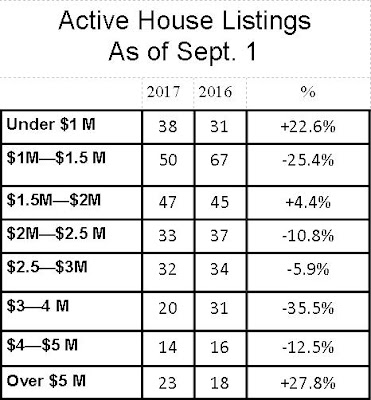