Every Home Has A Story

When I got the call to list this 1929 Polo barn I said “here we go again, another polo stable. New Canaan’s got plenty of those.” What I found was anything but! I know this looks old, but this home has been painstakingly recreated. It’s the most incredible house that I have seen in all of my time in New Canaan. 394 Brushy Ridge Road – New Canaan, Connecticut
Previous Next

There are no realtors and there is no talking in this video. The Engels simply let the house speak for itself. Simply known as “the ballet video” featuring two ballerinas dancing around the house, this video won the award for most outstanding video of the year at Halstead’s awards celebration and was shown on the Jumbotron to a packed house at the Apollo Theater. The video has been shown over 30,000 times on Halstead’s website. The concept is that the Engel’s daughter Rose arrives in a convertible and is transformed by Mary into a ballet dancer. The two ballerinas dance through every room of the house, ending at the pool where they finish with some dramatic leaps. The video ends with the drama of an overhead drone shot receding into space. This video was again done without a script in a single take. All credit for the outstanding production quality, timing and editing goes to Rob and Christian of FlashFrameNYC. 507 Silvermine Road – New Canaan, Connecticut
Previous Next 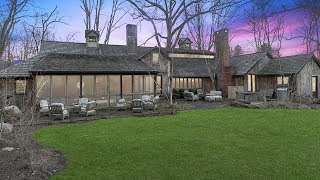 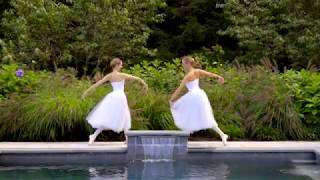 Or Visit My Channel to View All Of My Work